My friends who run the Memphis vegan bakery Lulu's are opening a brick-and-mortar! Previously, they sold at the Cooper-Young Farmers Market, but later this month, they'll have their very own place again. I say again because they briefly had a stall inside Puck Food Hall. But Puck closed, so they had to close. But this new place will be all their own. They had a super-soft test run a couple weeks back, so I stopped in for a Breakfast Sando on a sourdough bagel (tofu egg, cashew cheese, and smoked carrot bacon). I can't wait to be able to order these whenever I want! 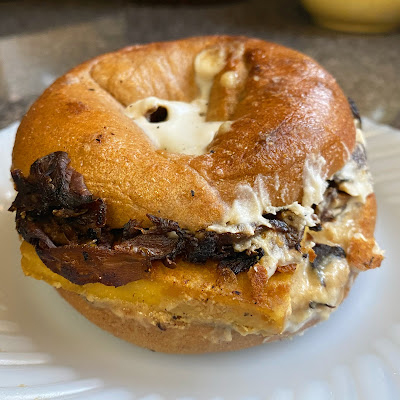 Over the New Year's weekend, Paul was having gut issues and in the hospital. Bummer, but he's okay now. While we were there though, I went down to the cafe to grab him a drink, and I noticed this Plant-Based Chorizo Salad. It had feta, but the ingredients were all in separate compartments, so it was easy to toss that out. 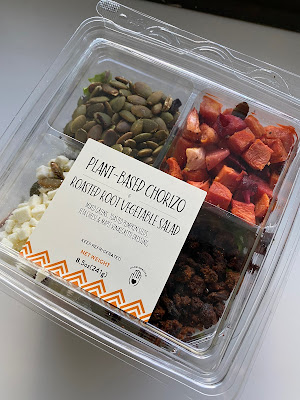 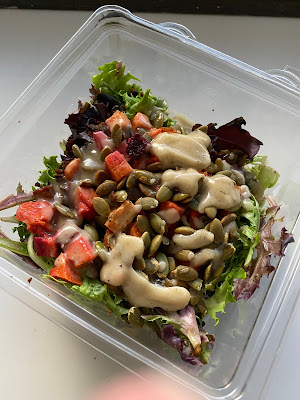 The chorizo was made from seasoned black beans, and there were roasted sweet potatoes and beets, pumpkin seeds, and a maple dressing. It was so good! Super impressed that the hospital had a healthy option. They also had packaged vegan hummus wraps.

And finally, here's a breakfast made from leftovers. My mom made our Christmas breakfast on New Year's since we had to skip Christmas due to the weather. And she sent me home with leftover biscuits, gravy, sausage, and a half a bottle of Just Egg. I figured I needed something green too, so I sauteed some cabbage. 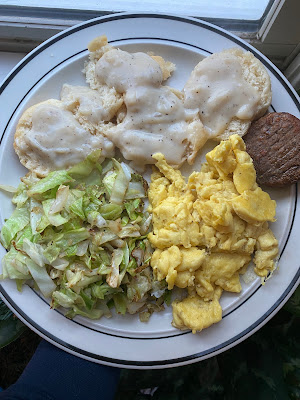